Japan's only shrine dedicated to the god of cuisine and cooking, and home of the "Knife Ceremony. 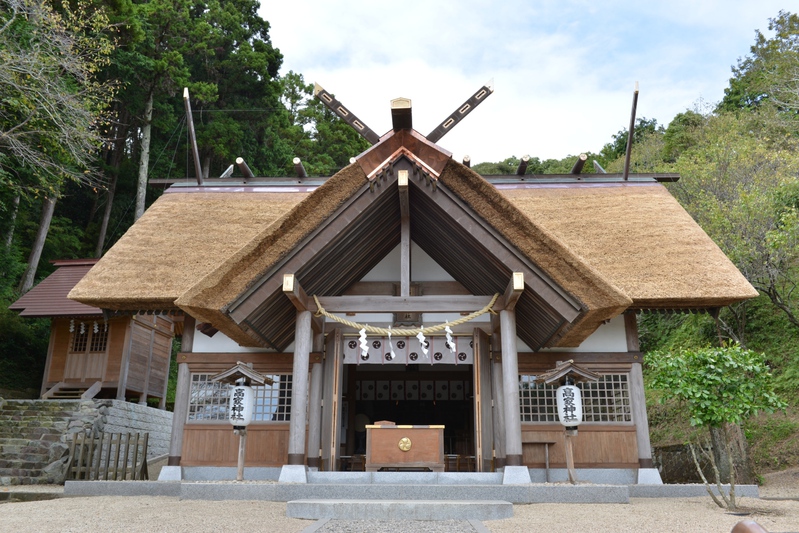 This is the only shrine in Japan dedicated to the Shinto god of cuisine and cooking, and its history goes so far back it is mentioned in the Nihon Shoki (The Chronicles of Japan), one of the nation's oldest historical records. The Hocho-shiki ("Knife Ceremony") is a re-creation of an imperial court ceremony from the Heian Period (794–1185): during the ceremony, a fish is sliced up using only a knife and chopsticks, giving visitors a glimpse into the secrets of traditional Japanese culinary culture. Many cooks and other member of the culinary field visit this shrine.

Popular "Power Spot"
Takabe Shrine is the only shrine dedicated to the god of cuisine and cooking. Some women subscribe to the belief that the way to a man's heart is through his stomach; if this is you, then Takabe Shrine should be a priority destination!

The Knife Ceremonies held on October 17 and November 23 are famous among cooks and other culinary field professionals throughout Japan. The knife-wielder wears traditional eboshi headwear and hanging dress once donned by court nobles, and puts on a performance of exquisite cutting skill in strict adherence with the ancient rules of fish dressing.